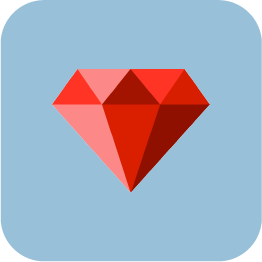 Adding a Column in Production

Adding a column default to an existing field can be a simple change. Although, that can be proven untrue if the respected table has many rows of data. It may result in a long-running migration causing unforeseen side effects, errors, or even downtime. We will look at few common approaches below.

We want to add a locked flag to the table to restrict access to users without deleting them.

Now, we can add a default value of false so initialized users are active. So let’s update the pending migration we just created.

If you open a rails console you will see the default is working as expected. New and existing users will both have locked set to false.

Our User table has over 15 million records. We do not want our database locking up or other dependent code being affected during deployment.

Timing is an issue. We need the new column added quickly. Let’s try another solution.

This time, we are going to break up this feature into two deploys.

The first deployment will include two migrations. One: add the column, and two: add the default.

As a separate unit of work, we will alter the existing column to include a default. Adding a default to an already created column will not populate the old values in the migration. However, new users will have the default.

For data integrity, I will ensure every User has a value set.

Notice the difference between rails 4 and 5? We want to make sure each migration is reversible. You can use from and to with Rails 5. Otherwise, we need to implement both up and down methods.

Deployment is quick and easy as we did not need to update 15 million records.

For our send phase of this approach, we are going to update all the existing records. Let’s create a rake task that updates the users in batches.

Attempt 2 does not ensure the presence of locked. The database still always nil values.

Once every User has a value for locked then we add the null constraint. The migration will not pass if values are nil. That is important to keep in mind because we don’t want to block developers from running their migrations. After all, they didn’t know to run the rake task.

Always consider scale when working on a production application. In our example, we discussed how adding a column with a default value and spitting up its migration will avoid production issues.

Found this useful? Have a suggestion? Get in touch at blog@hocnest.com.